Mayor Robert Hudak and the Manchester Township Council are prepared for a productive year in 2022, as Oaths of Office were administered and plans for the upcoming year were outlined during the January 4, 2022, Reorganization Meeting held in the Municipal Complex Courtroom.

To begin the meeting, Mayor Robert Hudak took his Oath of Office, having won election this past November to an unexpired term that ends in 2022. Unanimously appointed by the Township Council to the position of Mayor in June of 2021 following the resignation of former Mayor Ken Palmer, Mayor Hudak previously served as a Township Council member beginning in 2019. 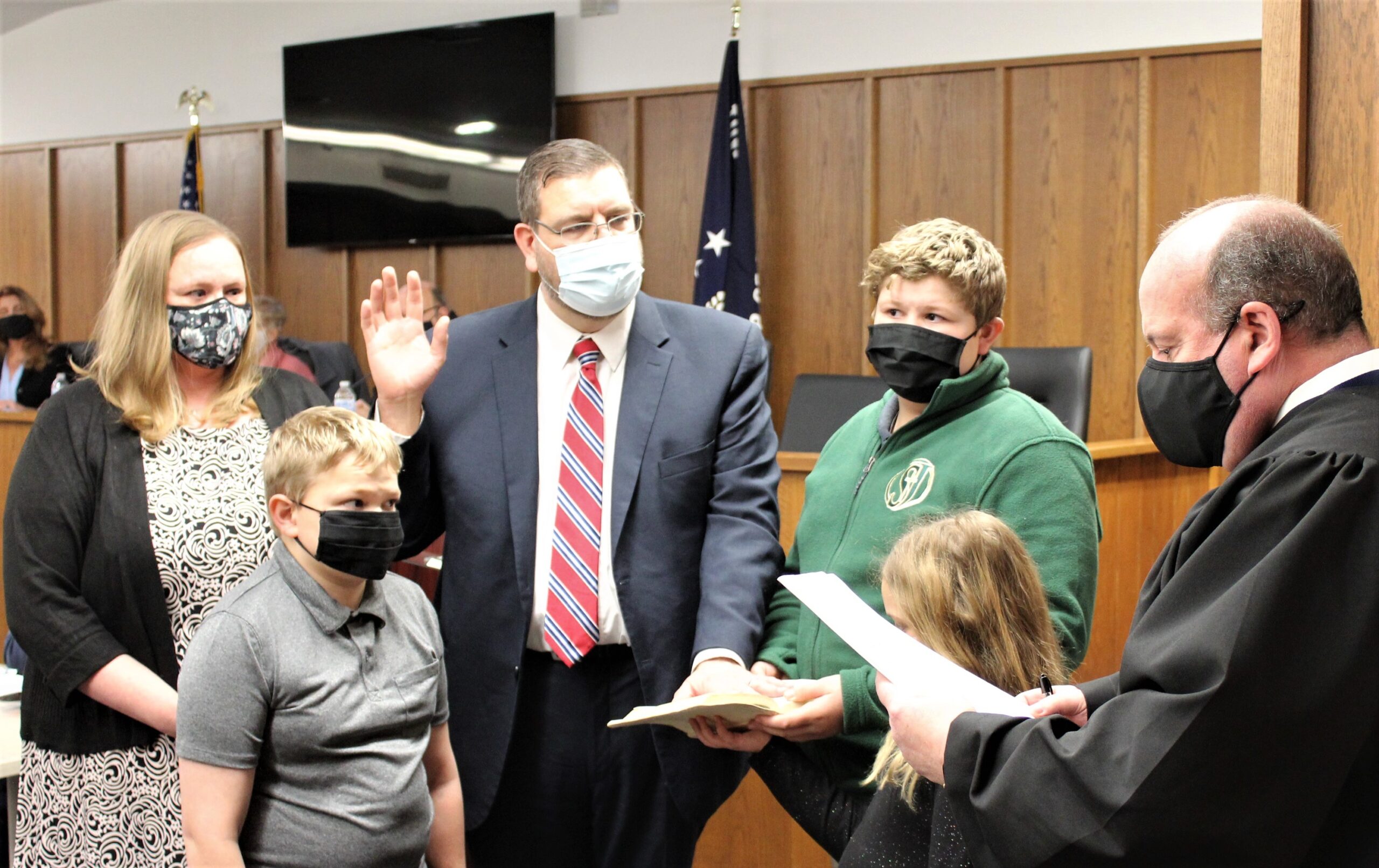 Taking her oath next was Councilwoman Michele Zolezi, who was unanimously appointed to the Township Council to assume to seat vacated when Mr. Hudak was appointed as Mayor. Councilwoman Zolezi’s term runs through 2024. 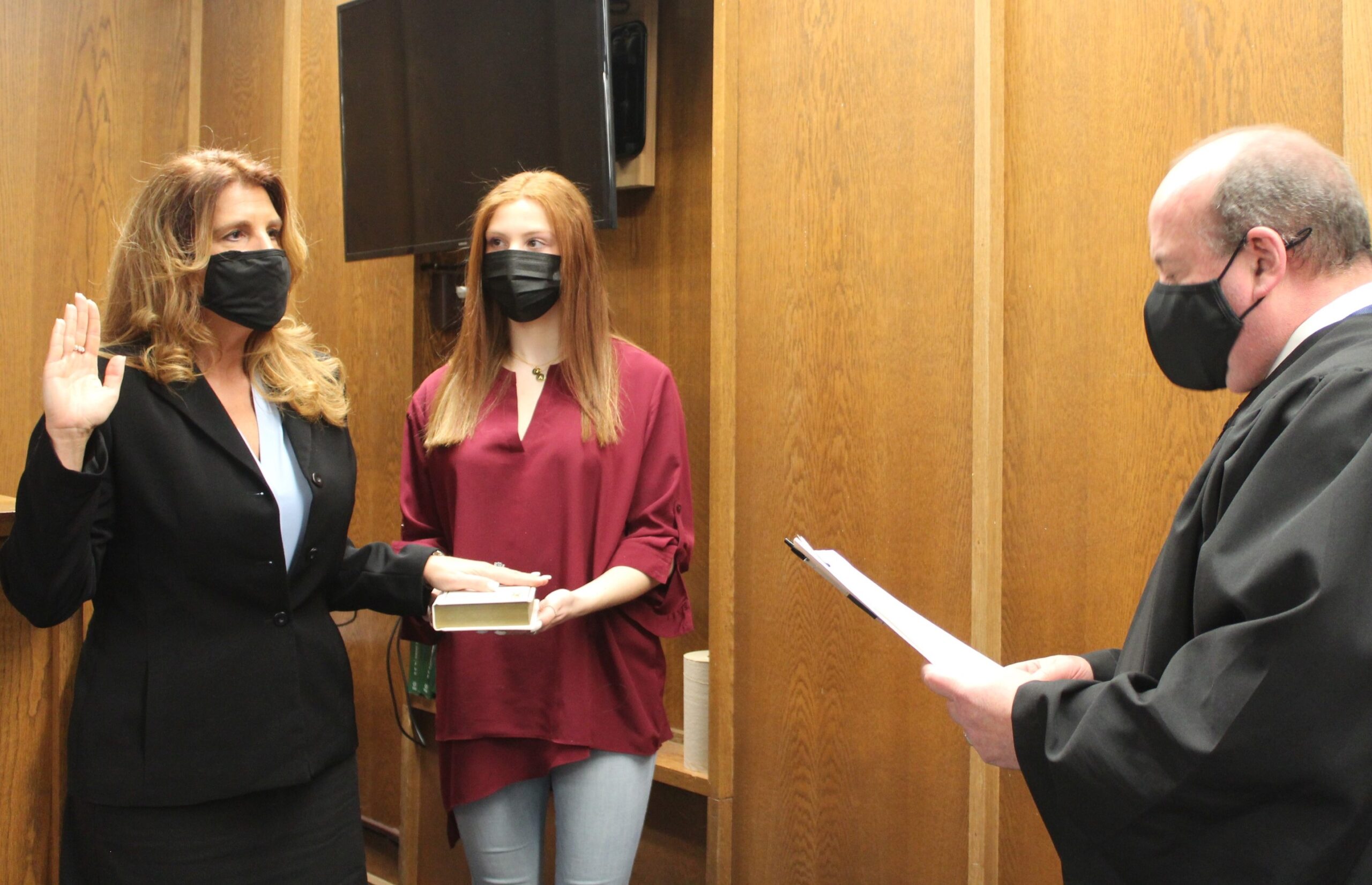 “It was an honor and privilege to be sworn in again today, with my family by my side, as the Mayor of Manchester Township alongside Councilwoman Zolezi. I look forward to working with our council to keep Manchester’s open space appeal, promote small business growth, revitalize our Whiting section of town, and continue being responsible stewards of your hard-earned tax dollars,” said Mayor Hudak.

Both oaths were administered by the Manchester Township Judge, the Honorable Daniel F. Sahin, in front of family, friends, Township employees, and dignitaries from the County and State. Following the administering of the oaths, members of Council elected Councilwoman Joan Brush to lead as President and Councilwoman Zolezi to serve as Vice President.

As part of his agenda for 2022, Mayor Hudak announced the creation of the Manchester Township Economic Development Advisory Board. Approved by resolution by the Council, this board will provide the Mayor and Council with input and recommendations on topics surrounding the future economic development of the Township. Members will include four residents, and one member each from the Council, Planning Board, and Zoning Board. 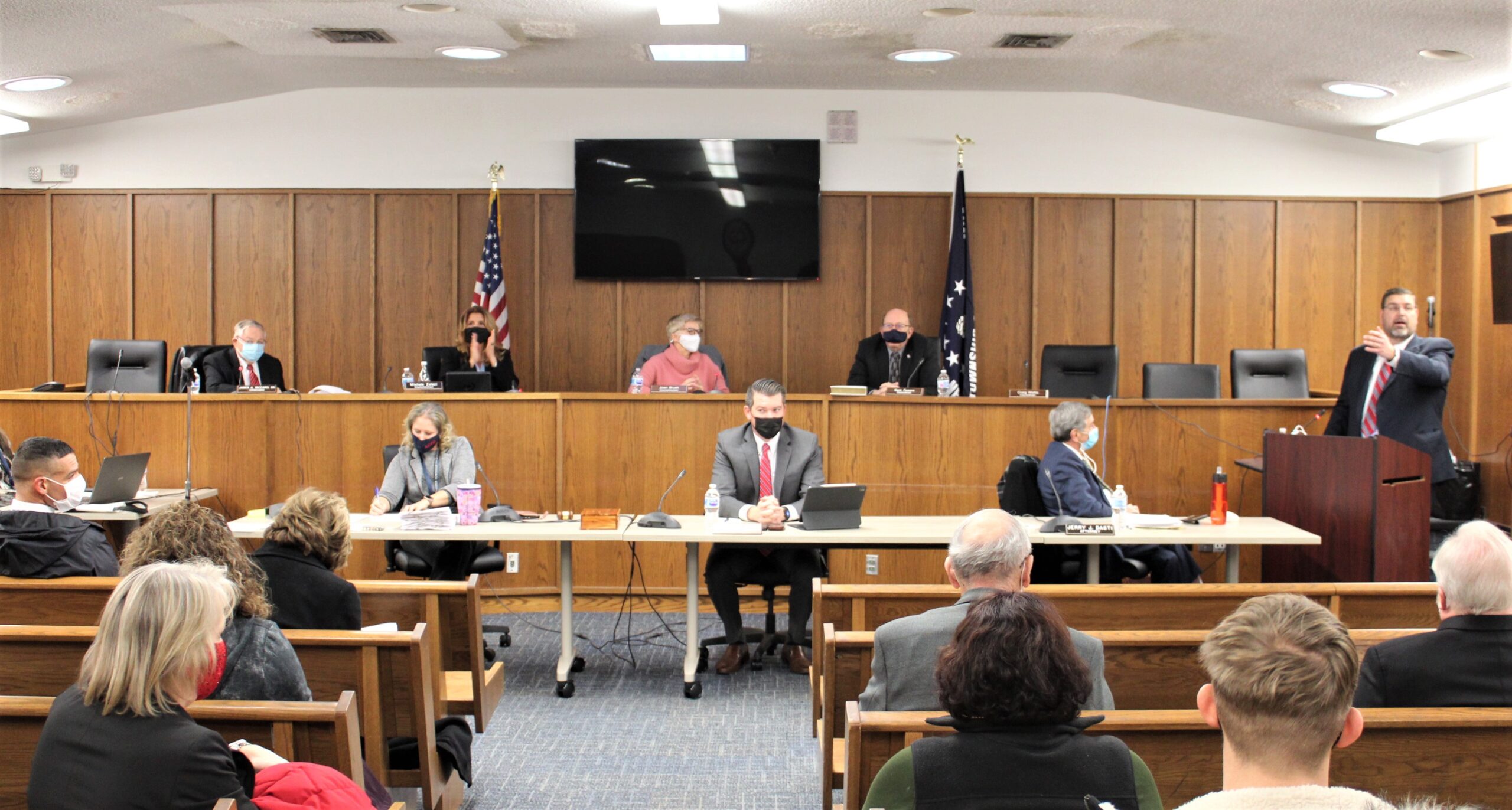 The Mayor also outlined other projects that will benefit Manchester Township residents in 2022 including the completion of the water tower, which will result in the easing of water restrictions this summer; the completion of the extensive renovation project of Bowker field in Whiting; the finalizing of plans to have the Whiting cell phone tower project completed this year; the continued improvements to both Township and volunteer emergency services; the capping of the Whiting landfill at no cost to residents and the creation of a solar field on the land; addressing flooding issues throughout the Township, including Pine Lake Park; to reinvigorate Whiting by promoting small business growth and retail expansion in Whiting Commons plaza and developing a five year road paving plan.

Mayor Hudak also outlined the importance of preserving open space and battling against overdevelopment as one of his top initiatives. Recently, as announced at the previous Council Meeting, Manchester is partnering with the Ocean County Natural Lands Trust Fund to purchase the Surf & Stream campground located off County Road 571. This property was slated to be developed into 245 apartment units and now will be preserved as a passive recreational area for residents to enjoy scenic trails along the Union Branch of the Toms River Creek.

“The state of our Township is strong, and the future is bright,” said Mayor Hudak.

“I would like to congratulate Mayor Hudak and Councilwoman Zolezi on their election,” said Council President Brush. “I look forward to working with Mayor Hudak and I’m sure he will move the Township in the right direction.”

Other items at the Reorganization Meeting included the appointment of Manchester Township’s professional services and establishment of meeting dates for 2022. Information about Manchester’s Township Council, its members, meeting agendas, and minutes can be found at www.ManchesterTwp.com/town-council.