Joan A. Brush, a 43-year resident of Manchester Township and active member of the community, was sworn in this week to fill the Township Council seat left vacant by the resignation of Councilman Brendan Weiner. 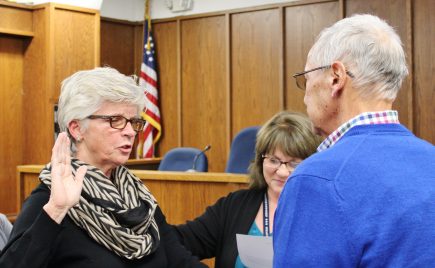 Mrs. Brush was selected to assume Mr. Weiner’s seat during a special meeting on March 22 and took her oath prior to the March 27 regular meeting. Applications to fill this vacancy were received from 12 individuals, 10 of whom were interviewed by the Council.

A major factor leading to Mrs. Brush’s appointment was her many years of dedicated service to the Township and its residents, according to Council President Samuel Fusaro. “If you know Joan, you know that for many years she has been giving back to our community,” he said. 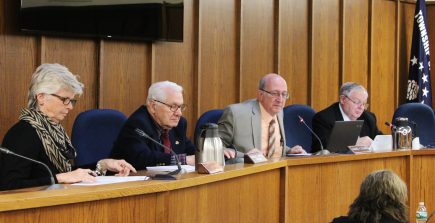 “My desire to become a member of the Manchester Council stems from my love, knowledge, and involvement in the town and community,” Mrs. Brush said. In her new role, she plans to focus on finding ways to bring more ratable to the Township, as well as ensuring that recreation areas like Harry Wright Lake and Pine Lake receive improvements.

“Joan is a wonderful addition to the Council,” said Mayor Kenneth Palmer. “She’s a tremendous asset to the town and will be a tremendous Councilmember.”