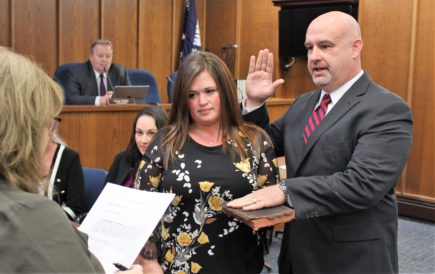 In public remarks following his swearing in, Mayor Palmer said that his guiding philosophy in leading Manchester Township’s government is simple: to leave things better than he found them. “It’s something that I have always thought about since I took this job. After four of the fastest years of my life, we — which includes the Council, 200 dedicated employees and the Administration — I believe, have done so,” said the Mayor.

Mayor Palmer outlined the accomplishments made during his tenure, including $3 million worth of improvements to local roads; the repair and refurbishment of the township’s water infrastructure including an interconnection with Toms River; improvements to police equipment and the bolstering of officer staffing; entering into shared services agreements with Lakehurst and Toms River, which help to save money and improve efficiency; improving township parks and working with Ocean County to develop a new County Park in Manchester; and the replacement of $3 million worth of fire trucks.

All of this was done while reducing the municipal tax rate to the lowest it has been since the last revaluation in 2012 and creating the largest year-end budgetary surplus that the Township has had in about 20 years. Mayor Palmer credited this success to a strong working relationship with the members of the Township Council and all department heads and employees.

The Mayor also spoke about his priorities going forward, including the construction of a new water tower, continuing the paving and park rehabilitation projects, ensuring the Police Department continues to have the tools necessary to perform their job safely, beginning to develop a plan to expand town hall, and continuing efforts to attract commercial businesses to town. 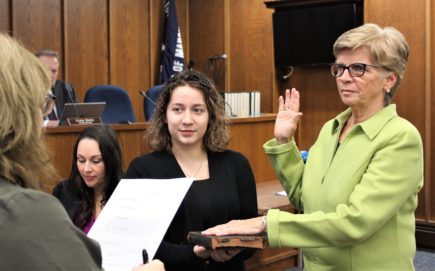 Council President Joan Brush also addressed those in attendance, saying that it is “an honor” to be a part of the governing body of the town where she has lived for more than 40 years. “I appreciate the help I get, the wonderful staff, and the department heads. Everyone is always offering their help,” she said. “It’s nice to be around good people. I enjoy it and I want to thank everyone for the opportunity to be here.” 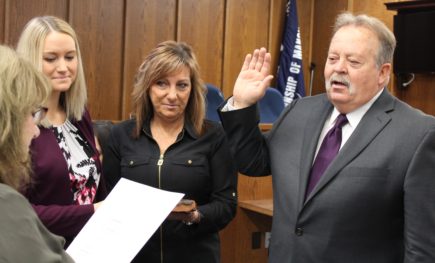 Other items at the Reorganization Meeting included the appointment of Manchester Township’s professional services and establishment of meeting dates for 2019. Information about Manchester’s Township Council, its members, meeting agendas, and minutes can be found at www.ManchesterTwp.com/town-council.