Mrs. Brush was selected on March 22, 2017, to assume the term of former Councilman Brendan Weiner, and took her oath prior to the March 27, 2017, regular Township Council meeting. That initial term expired on December 31, 2017. In November 2017, she won election to the remainder of the unexpired term, which will end on December 31, 2018. 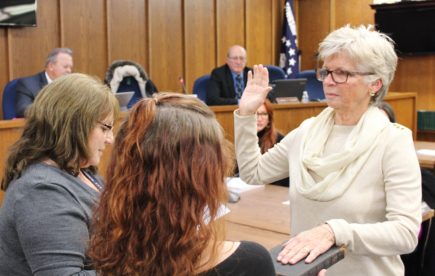 A major factor leading to Mrs. Brush’s appointment was her many years of dedicated service to the Township and its residents, according to Councilman Samuel Fusaro. “If you know Joan, you know that for many years she has been giving back to our community,” he said at the time of her appointment.