Councilman James A. Vaccaro, Sr., was first elected to the Township Council in 2012, where he has served as both the Council President and Vice President. In addition to his service on the Township Council, Councilman Vaccaro continues to serve as a Manchester Township Planning Board member. He has been a member of that board for 12 years, six of which were spent as the Board’s Chairman. Councilman Vaccaro is also Manchester Township’s alternate designee to the Pinelands Municipal Council, a position he has held for the past seven years. 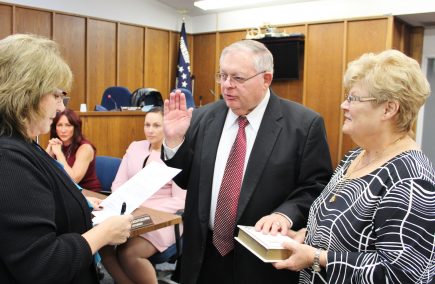 As a member of the governing body, Councilman Vaccaro has been a proponent of exploring revenue-enhancing projects, increasing the Township’s tax ratables, implementing a No Knock Registry, creating the Shop Manchester property tax reward program, and bringing a registry for abandoned and vacant properties to fruition.

Councilman Vaccaro’s record of distinguished public service predates his time in Manchester Township. He proudly served as a member of the Long Branch Fire Department for 36 years, was an elected member of the Long Branch Board of Education for 11 years (Board President for three years and Vice President for two years), and served on the Board of Governors for Jersey Shore Medical Center.

In 2016, Councilman Vaccaro was re-elected to the Township Council for his second term, which expires on December 31st, 2020.