Mayor Kenneth Palmer and the Manchester Township Council were pleased to welcome Robert A. Hudak to the governing body, as he was appointed and sworn in on May 28, 2019, to assume the Township Council vacancy created by the resignation of Charles L. Frattini Sr. on April 30, 2019. 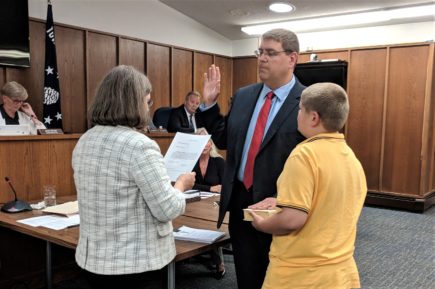 Mr. Hudak has lived in the Township’s Pine Lake Park section for more than a decade and has three elementary school-aged children. An active member of the community, Mr. Hudak serves as a member of the Manchester Township Planning Board, coaches in the Manchester Little League, is a lector at St. Luke’s Church in Toms River, and is a Third Degree member of the Knights of Columbus.

The Township Council recently solicited resumes for the appointment of a new member to fill the remainder of Mr. Frattini’s un-expired term, which ends on December 31, 2020. Following an extensive review of candidates, Mr. Hudak was appointed to the position until December 31, 2019. He will be required to run in the November 5, 2019, general election should he wish to fulfill the remainder of the unexpired term. 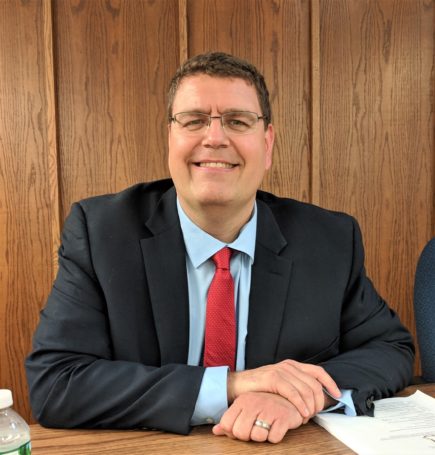 Currently employed as Monroe Township’s Planning Director, Mr. Hudak is a New Jersey Licensed Professional Planner who is also certified by the American Institute of Certified Planners as a Land Use Professional. He has more than two decades of governmental experience at both the state and local level that included work for both public and private clients.

Among his accomplishments, in Monroe Township he implemented a program to preserve more than 200 acres of open space, and as Director of Planning and Zoning for Cranford Township, he brought in more than $150 million of new development.

Mr. Hudak earned his Masters in Public Administration from Villanova University with a certification in city management and is a member of the Pi Alpha Alpha, the international honors society for public affairs and administration.

“Being on the Township Council would provide a fresh voice for the people of Manchester Township and I would relish the opportunity to serve our community,” said Mr. Hudak.

We wish Mr. Hudak all the best as he begins his tenure on the Manchester Township Council!